Nothing happens by chance…or maybe everything does. Whichever is true, what happened in February of this year changed almost every aspect of my life for the better. My older brother (who had recently relocated from Chicago to Port Townsend, WA) had been through the mess and mind-fuck that is divorce, and knew I needed some space and time away from questions, judgement, and advice after filing the paperwork at the end of January. He and his fiance very kindly bought me a plane ticket to Washington for a long weekend, and in hindsight I could never thank them enough. We drank, smoke, talked, and sat on the balcony in the chilly February air in silence. No judgement, just acceptance, commiseration, and love.

On Saturday, Matt and I headed up into the Olympic Mountains for a casual hike and climb of Mount Angeles. The climbing was alpine but easy; a snow couloir led to the ridge, and a few 5th class rock moves put us on the summit. It wasn’t committing or dangerous – hell, we climbed it in hiking boots with microspikes. Even so, it was one of the most powerful emotional experiences of my climbing life. After years and years of talking about climbing a real mountain together, we had finally cracked the door open and glimpsed a world that we had only ever dreamed about entering with each other. No longer was roping up on a committing alpine route a wistful wish…now maybe, just maybe, we could actually make it reality. I made the decision right then and there that I was going to move out to Washington and finish whatever life I have left living.

Matt climbing the final moves up the ridge to the summit 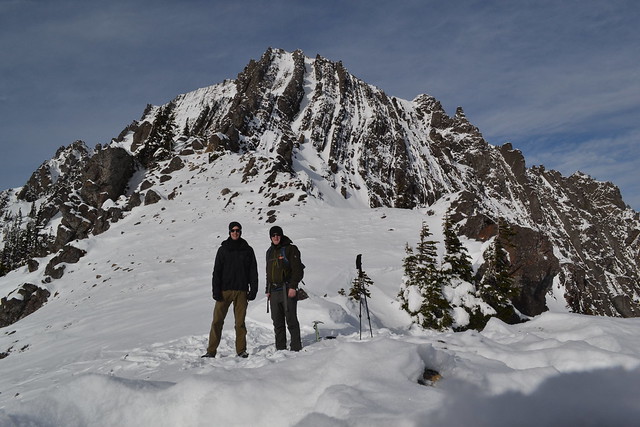 It wasn’t more than a month later when we decided to test our budding partnership on a bigger route – a “real mountain.” Matt had been eyeing the granite massif of Mount Stuart in the Cascades for years, and timing was perfect to find good ice conditions on north facing routes. In hindsight, we bit off a bit more than we could chew for Matt’s first time in crampons as the Stuart Glacier Couloir Route is a twelve hundred meter Grade IV route with WI2-3 and 5.7 climbing separated by glacier slopes up to fifty-five degrees. I flew out in mid-May on a Thursday night, and Matt picked me up at the airport en route to the trailhead. We took a day to approach and relax at base camp, turning in at about 1900 in anticipation of an early start the next morning. 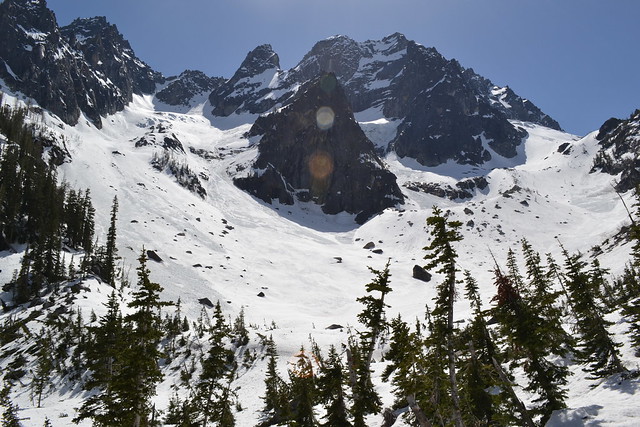 We started climbing at 0230 and turned around at the bergschrund guarding the entrance to the couloir at about 0730. The weather was holding and the couloir above appeared to be in excellent form, but Matt had taken his fill of alpine calories for the day. Physically he could have made it to the summit, but the scale and objective hazards of the route were draining his mental reserves and there wouldn’t have been anything – physically or mentally – left in the tank for the descent. We probably should have chosen a smaller, less-committing route for his first foray into alpine climbing, but he did damn well, controlling his fear and climbing proficiently. 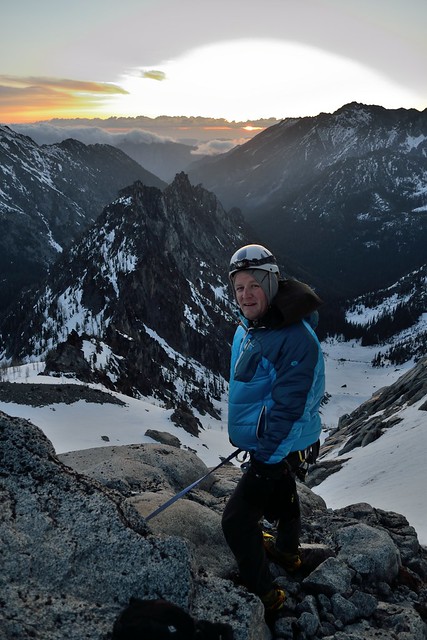 I was initially more than a little pissed about bailing off a route that I knew was well within my abilities, but I cooled off after some introspection and contemplation. The most important thing wasn’t the route or the summit this time. This trip was all about keeping promises we’d made to each other when we were just kids. Far from discouraging us, it increased our hunger to succeed on a big alpine climb together. A tentatively-planned incursion into the Olympics this summer will hopefully (temporarily) satiate that hunger. 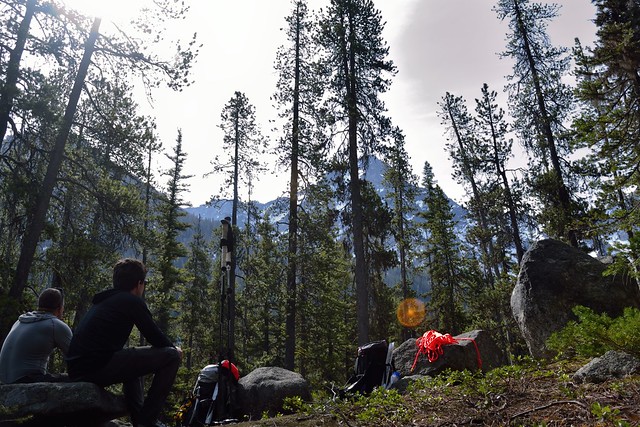 Even though we had accomplished a lot on that trip and had a lot of fun, the failure to get to the most technical climbing on the route left a bitter taste in my mouth that neither time nor the anticipation of other planned climbing trips could wash away. I’m fine with failing; I’ve done it a lot. I needed that route though…maybe to prove something to myself, or maybe I just needed to go until I got shut down by something out of my control. I wanted to hurt, to feel physical and mental pain, and climbing six hundred meters of easy glacier slopes didn’t do it for me. The day I got back from that trip, I bought a plane ticket to go back to Washington two weeks later. I kept it quiet – only Matt and two other people knew I was going out there to solo. I didn’t want it to be about ego, and on a lighter note, the last thing I needed was my mom or safety chief sister trying to convince me of my stupidity.

I’ll spare anybody reading this the blow-by-blow details of the trip; it was solo alpinism and it was fucking great. I left base camp at 0230 and was at the top of the couloir about nine hundred meters higher by 0620. The mixed and thin ice climbing in the couloir was some of the best alpine terrain I’ve ever soloed. I bailed off the route at the West Ridge Notch where the rock climbing starts, sufficiently intimidated by ice-filled 5.7 granite crack climbing that down-climbing the thin ice and mixed climbing in the couloir seemed preferable. It was what I wanted, needed, and hoped for out of the trip and, to borrow a quote from Twight, it “waters small seeds of dissatisfaction…it might be too much, but it could never be enough.”

I still had a day and a half left in my trip after I got out of the mountains, so I drove the four hours from Leavenworth to Port Townsend and spent a night and day with Matt and Emily. Matt and I decided to check out an undeveloped crag listed in the Olympic Mountain Climbing guidebook, and ended up cleaning a new route that will probably go at 5.9+ or 5.10 when it’s completely cleaned.

We had the time to finish prepping it, but it turns out that bugaboo pitons and nut tools don’t make the best tools for removing lichen and dirt from rock. Still, we had a blast and it was yet another first experience for Matt. I’ll refrain from listing the location online since there’s a lot of potential for development out there and I (selfishly) want to open several routes I scoped out.